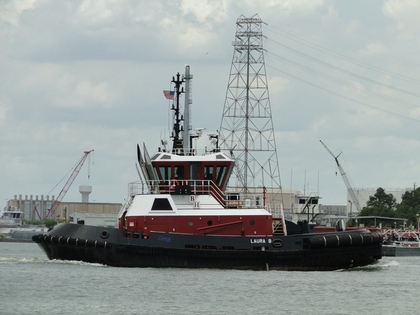 Pictured as: the Laura B. (Bay-Houston Towing) Photo by: John "Red" Bartlett

Built in 2016, by the Eastern Shipbuilding Group Incorporated of Panama City, Florida (hull #254) as the Laura B. for the Bay Houston Towing Company of Houston, Texas 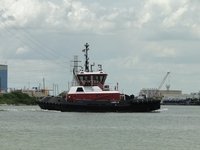 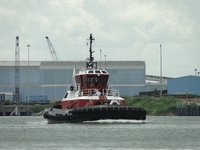