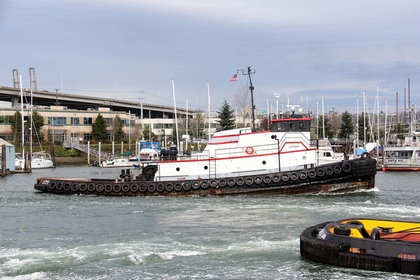 Built in 1957, by Gulfport Shipbuilding Incorporated of Port Arthur, Texas (hull #506) as the Juno for the Suderman and Young Towing Company of Galveston, Texas.

In 1965, the Suderman and Young Towing Company renamed the tug as the Sea King.

In 2005, the tug was acquired by Salmon Bay Barge Line Incorporated of Seattle, Washington. Where she was renamed as the M. Luther.

In 2005, Salmon Bay Barge Line Incorporated renamed the tug as the Luther.