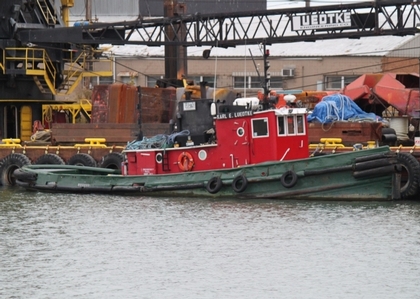 Built in 1928, by the Leathem D. Smith Dock Company of Sturgeon Bay, Wisconsin (hull #255) as the Jeka for the T.L. Durocher Company of DeTour, Michigan.

The T.L. Durocher Company later renamed the tug as the Betty D.

In 1932, the tug was acquired by the the Edward E. Gillen Towing Company of Mequon, Michigan. Where she was renamed as the Killarney.

In 1935, she was acquired by the Luedtke Engineering Company of Frankfort, Michigan. Where the tug was renamed as the Karl E. Luedtke.

She is a single screw tug, rated at 300 horsepower.


Back to T.L. DUROCHER COMPANY