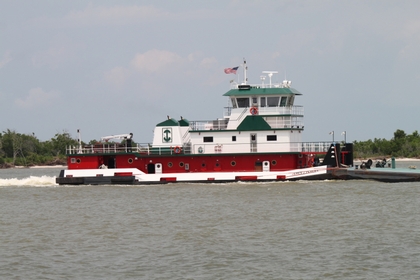 In 2017, the tug was acquired by Savage Marine Services Incorporated of Salt Lake City, Utah. Where she was renamed as the T. Luke Savage.

In 2020, Savage Marine Services Incorporated was acquired by the Kirby Corporation of Channelview, Texas. Where the tug was renamed as the Alpha Doucet.

Powered by two, Tier II compliant, Caterpillar 3512C diesel engines. With Twin Disc reduction gears, at a ratio of 4:1. She is a twin screw towboat, rated at 2,600 horsepower.