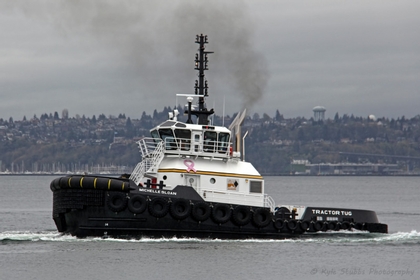 Built in 2015, by Diversified Marine Incorporated of Portland, Oregon (hull #28) as the Michelle Sloan for Tug Construction LLC. of Seattle, Washington.

In 2015, the tug was chartered to Harley Marine Services Incorporated of Seattle, Washington. Where the tug retained her name.

The tug is named for Michelle Sloan. A family friend of Harley Marine Services's Chairman, and Chief Executive Officer, Harley Franco, and his wife Lela Franco. Who passed away in 2014, after a battle with breast cancer.


Back to TUG CONSTRUCTION LLC.