In 2002, the tug was acquired by the Crosby Marine Transportation Company of Golden Meadow, Louisiana. Where she was renamed as the Crosby Endeavor.

Powered by two, EMD 20-645E7 diesel engines. With Reintjes WAV 4800 reduction gears, at a ratio of 5:1. Turning two, four bladed, 138(in) by 109.5(in), stainless steel, fixed pitch propellers, mounted in kort nozzles, she is a twin screw rated at 7,200 horsepower. The tug is also outfitted with a Bird Johnson, bow thruster. Driven by a single, dedicated GM 1271TA diesel engine. 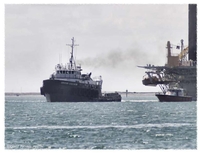 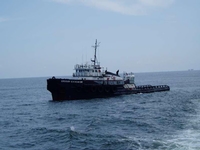