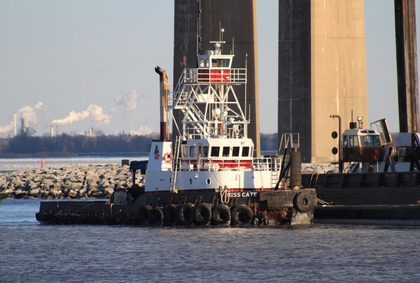 Built in 1984, by Moss Point Marine Incorporated of Escatawpa, Mississippi (hull #050) as the Seacor Guard for Seacor Marine Holdings of Ft. Lauderdale, Florida.

The vessel was originally constructed for use as a mooring vessel for use in West Africa. Where she had been outfitted for firefighting, and pollution control.

In 1999, the tug was returned from West Africa where she was refurbished at Steiner Shipyard Incorporated in Bayou LaBatre, Alabama.

In 2001, the tug was acquired by the Bisso Marine Company of New Orleans, Louisiana. Where she was renamed as the Darlene Bisso.


Back to BISSO MARINE COMPANY INCORPORATED