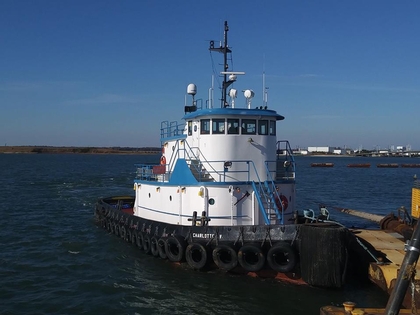 In 2004, Wittich Marine Incorporated renamed as the tug as the Sea Ox.

In 2006, the tug was acquired by the K-Sea Transportation Partnership Incorporated of East Brunswick, New Jersey. Where she was renamed as the Inland Sea.

In 2013, the Kirby Corporation's Philadelphia, Pennsylvania operation. Also known as River Associates Incorporated. Was acquired by the Vane Brothers Company of Baltimore, Maryland. Where the tug was renamed as the Brooklyn.

The tug was named for the New York City borough of Brooklyn. Where the Vane Brothers Company maintained a port of operations.

Originally referred to as "Brooklyn Village," it was established in 1834. Settled by the Dutch, who were the first Europeans in area on the western edge of Long Island. The area at the time was then largely inhabited by the Lenape, a Native American people who are often referred to in contemporary colonial documents by a variation of the place name "Canarsie." The "Breuckelen" settlement, named after Breukelen in the Netherlands.

In 2017, she was acquired by the Gore Marine Corporation of Townsend, Georgia. Where the tug was renamed as the Charlotte V. 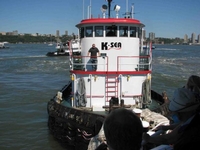 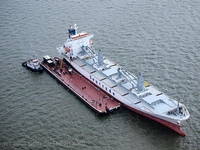