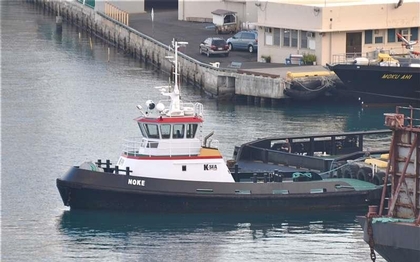 Pictured as: the Noke (K-Sea Transportation) Photo by: John Wilson

Built in 2006, by Rozema Boatworks Incorporated of Mount Vernon, Washington (hull #1198) as the Noke for the Smith Maritime Company Honolulu, Hawaii. Which was a part of the Hawaiian Interisland Towing Company of Honolulu, Hawaii.

Designed by Jensen Maritime Consultants of Seattle, Washington. The Noke was the largest craft ever built by Rozema Boat Works Incorporated. The tug has a steel hull, but aluminum deckhouses, including the pilothouse.

The tug's capacities were 7,500 gallons of fuel.