In 1992, the tug was acquired by the Eklof Marine Corporation of Staten Island, New York. Where she was renamed as the Viking.

In 1993, the Eklof Marine Corporation was acquired by K-Sea Transportation Partnership Incorporated of East Brunswick, New Jersey. Where the tug retained her name.

In 2006, she was outfitted with a JAK coupler system. As well as, a new support tower for an enlarged and modified upper wheelhouse.

In 2019, the tug was phased out of active service. And, was "laid up" at Brownsville, Texas where she was eventually scrapped.

Her electrical service was provided by two, 100kW generator sets. With a third auxiliary generator set. The tug's capacities are 135,970 gallons of fuel, and 14,001 gallons of potable water. 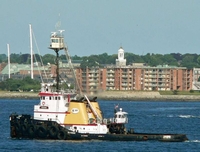 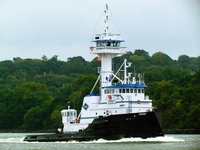