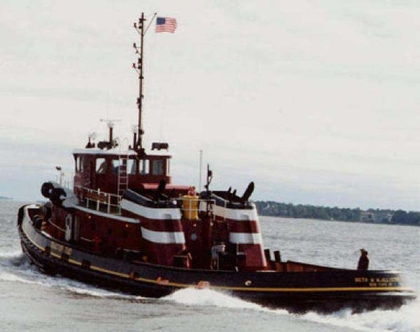 Built in 1969, by Peterson Builders Incorporated of Sturgeon Bay, Wisconsin (hull # YTB 805) as the YTB-805 (Ocala) for the United States Navy.

It is unknown the exact date she was placed out of service by the United States Navy. She was struck from the Naval Register on October 28th, 1997. Where she was transferred to the Defense reutilization and Marketing Service (DRMS) for sale or reuse.

She was also outfitted with a JonRie InterTech 200 winch on her bow. Equipped with 450(ft) of 7(in) Neutron rope. Her original underwater submarine fendering was kept, and refurbished.

The tug's capacities are 20,000 gallons of fuel oil, 710 gallons of lube oil and 1,290 gallons of potable water. She was outfitted with new fire fighting equipment that included a Goulds pump rated at 2,000 Gallons Per Minute. Feeding two fire monitors with a 1,500 Gallon Per Minute foam capacity. Driven by a single 6-71 diesel engine.
(NavSource Online) 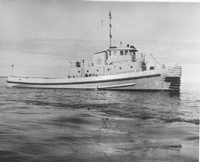 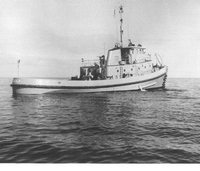 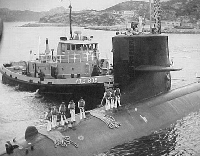 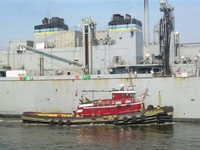