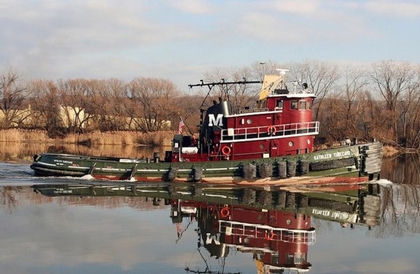 However in the mid 1990's, the tug was reconfigured. Where her controllable pitch propellers were removed, and replaced with air clutches, and gearboxes. And conventional fixed pitch propellers. She is a twin screw tug, rated at 1,700 horsepower.
(Captain Eric Takakjian)


Back to DIAMOND MANUFACTURING COMPANY