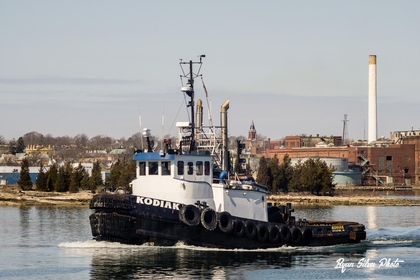 Pictured as: the Kodiak (41 North Offshore) Photo by: Ryan Silva

The tug was later acquired by Harley Marine Services of Seattle, Washington. Where she was renamed as the Catherine Quigg.

In 2016, the tug was acquired by 41 North Offshore LLC of New Bedford, Massachusetts. Where she was renamed as the Kodiak.