Built in 1982, by the Delaware Marine and Manufacturing of Milford, Delaware (hull #120) as the Odin for the Eklof Marine Corporation of Staten Island, New York.

The tug's construction began at the Delaware Marine and Manufacturing Company in Milford, Delaware. However, her hull was later towed to Mariner's Harbor in Staten Island, New York to the Eklof Marine Corporation's yard for completion.

In 1993, the Eklof Marine Corporation was acquired by the K-Sea Transportation Partnership Incorporated of East Brunswick, New Jersey. Where the tug retained her name.

In 2014, the tug was acquired by Cenac Marine Services Incorporated of Houma, Louisiana. Where she was completely rebuilt, and renamed as the Jutte Cenac. 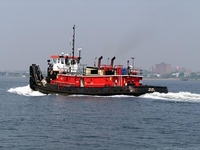 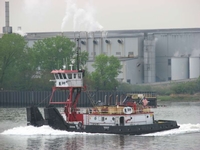