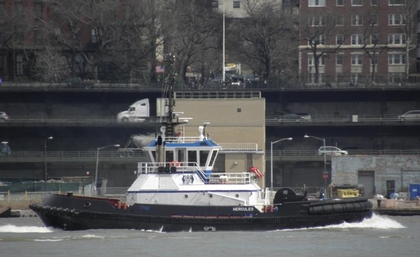 Pictured as: the Hercules (Suderman and Young Towing) Photo by: Will Van Dorp

Built in 2011, by Washburn and Doughty Associates of East Boothbay, Maine (hull #99) as the Hercules for the Suderman and Young Towing Company of Houston, Texas. As a part of a joint venture with the Moran Towing Corporation of New Canaan, Connecticut.

Her towing gear consists of a 200 horsepower, Markey DESF-48 winch on her bow.