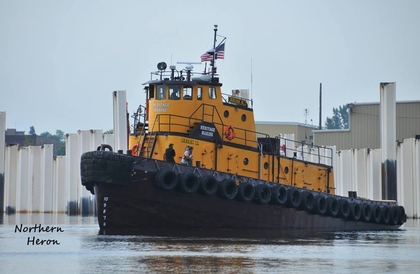 Built in 1967, by Bludworth Shipyard Incorporated of Corpus Christi, Texas (hull #69) as the W. Douglas Masterson for the Bay Houston Towing Company of Houston, Texas.

In 1997, the tug was acquired by the Suderman and Young Towing Company of Houston, Texas. Where the tug retained her name.

In 2011, the tug was acquired by Heritage Marine Incorporated of Knife River, Minnesota. Where the tug was renamed as the Helen H.