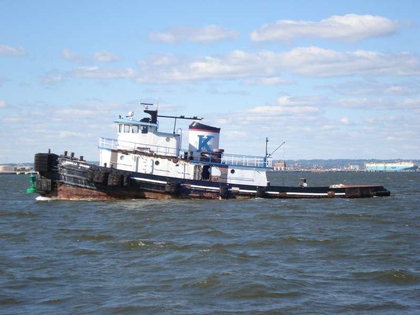 Built in 1957, by Gulfport Shipbuilding Incorporated of Port Arthur, Texas (hull #507) as the J. Harris Masterson for the Bay Houston Towing Company of Houston, Texas.

In 2005, the tug was acquired by the Krause Marine Towing Corporation of Perry Hill, Maryland. Where she was renamed as the Danielle Krause.

In 2014, she was acquired by undisclosed, South American interests. Where the tug retained her name.

In 2017, the tug was reported as abandoned. She was a single screw tug, rated at 2,400 horsepower.
(Paul Strubeck)