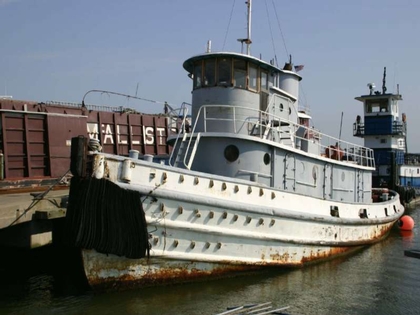 Pictured as: the Will Colonna (Colonna's Shipyard) Photo by: Marc Piche

In 1955, the tug was acquired by the Moran Towing Corporation of New York, New York. Where the tug was renamed as the Helen B. Moran.

In 1972, she was transferred to the Moran Towing Company affiliate, the Curtis Bay Towing Company of Baltimore, Maryland. Where she was renamed as the West Point.

In 1973, the tug was acquired by the Norfolk Towing and Lighterage Company of Norfolk, Virginia. Where the tug was renamed as the Easton.

In 1992, the tug went out of documentation. Her current, and, or final disposition is unknown. Powered by a single, six cylinder, Enterprise diesel engine. Turning a single, fixed pitch, propeller. She was a single screw tug, rated at 600 horsepower. 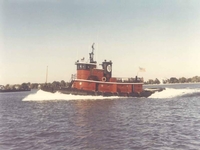 Pictured as: the Will Colonna (Norfolk Towing and Lighterage Company) Photo by: W.W. Colonna Sr.