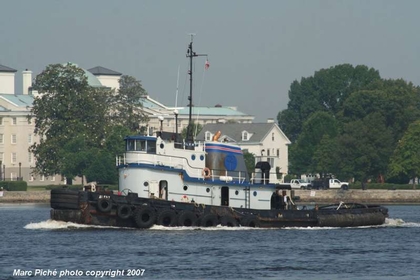 Pictured as: the Alert (Commonwealth Marine) Photo by: Marc Piche

It is unknown when she was placed out of service. The tug was struck from the Naval Register on November 21st, 1946. And, she was transferred to the United States Maritime Commission on June 2nd, 1947 for disposal.

In 1947, the tug was acquired by the Curtis Bay Towing Company of Baltimore, Maryland. Where she was renamed as the North Point.

In 1973, the tug was acquired by Express Marine Incorporated of Camden, New Jersey. Where she was renamed as the Alert.

In 1997, she was acquired by Robbins Maritime Incorporated of Norfolk, Virginia. Where she retained her name.

In 2008, the tug was acquired by the Commonwealth Marine Towing Company of Norfolk, Virginia. Where she retained her name.

In 2009, she went out of documentation. Her current, and or, final disposition is unknown. She was a single screw tug, rated at 1,600 horsepower.
(Dave Boone, NavSource Online) 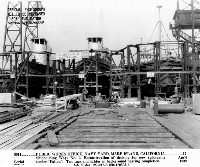