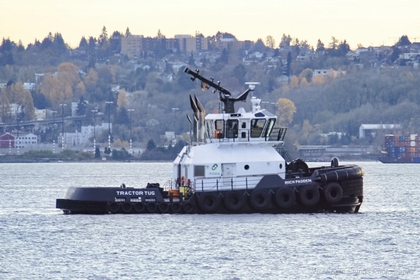 Built in 2017, by Diversified Marine Incorporated of Portland, Oregon (hull #35) as the Rich Padden for Tug Construction LLC. of Seattle, Washington.

In 2017, the tug was chartered to Harley Marine Services Incorporated of Seattle, Washington. Where she retained her name.

Her electrical service is provided by two, Tier III complaint Caterpillar C7.1 generator sets. The tug's capacities will be 30,000 gallons of fuel, 2,800 gallons of fresh water, and 370 gallons of lube oil.