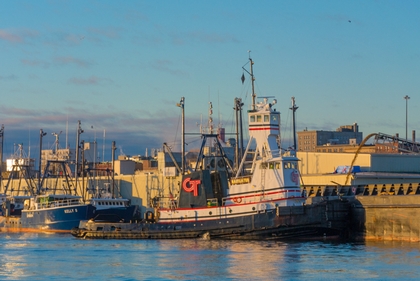 Pictured as: the Navigator (Gateway Towing) Photo by: Benjamin Moll

In 1990, the Texaco Marine Company renamed the tug as the Star Fuel Chief.

In 1994, she was acquired by the Dann Ocean Towing Company of Tampa, Florida. Where she was renamed as the Colonel.

In 1997, the tug was acquired by the Gateway Towing Company Incorporated of New Haven, Connecticut. Where she was renamed as the Navigator.

In 2020, the Gateway Towing Company ceased its operation of towing vessels. And the tug was "laid up" at New Haven, Connecticut.