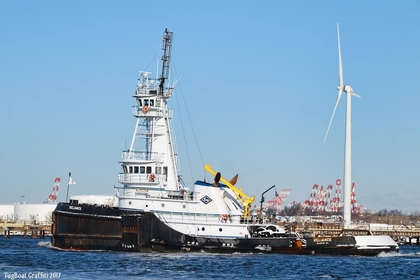 In 1998, the tug was acquired by the Kirby Corporation of Channelview, Texas. Where she retained her name.

In 2019, she was acquired by the Dann Marine Towing Company of Chesapeake City, Maryland. Where she was renamed as the Ruby Coast.

Her electrical service is provided by two 75kW generator sets. The tug's capacities are 149,257 gallons of fuel.