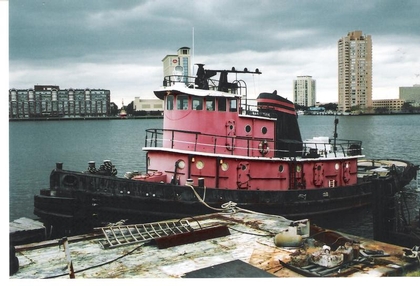 Built in 1958, by Gulfport Shipbuilding Corporation of Port Arthur, Texas (hull #525) as the Margaret C. for the A.L. Mechling Barge Lines Incorporated of Joliet, Illinois.

In 1978, the tug was acquired by the Crescent Towing and Salvage Company Incorporated of New Orleans, Louisiana. Where she was renamed as the Jason Smith.

In 2000, she was acquired by Robbins Maritime Incorporated of Norfolk, Virginia. Where the tug was renamed as the Bay Titian.

In 2009, she was sunk as part of an artificial reef project. The tug is located approximately 10(nm) off of the Delaware Coast. She was a single screw tug, rated at 1,800 horsepower.
(Wallace Rosser) 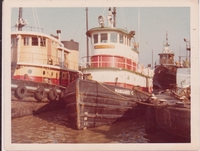 
Back to ROBBINS MARITIME INCORPORATED