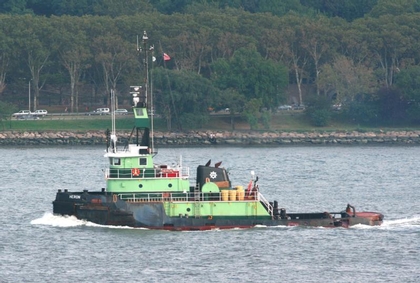 Pictured as: the Heron (Allied Transportation) Photo by: Ken Goldstien

Built in 1968, by McDermott Shipyard Incorporated of Morgan City, Louisiana (hull #151) as the Progreso for Crowley Marine Services Incorporated of San Francisco, California.

In 1972, the tug was acquired by Dixie Carriers Incorporated of Houston, Texas. Where she was renamed as the Dixie Progress.

In 2002, she was acquired by the Allied Transportation Company of Norfolk, Virginia. Where the tug was renamed as the Heron.

In 2012, she was acquired by Runner Marine Limited. A division of Capital Oil and Gas Industries Limited of Lagos, Nigeria, Africa. Where the tug retained her name. 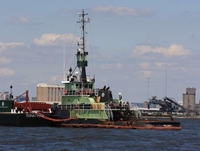