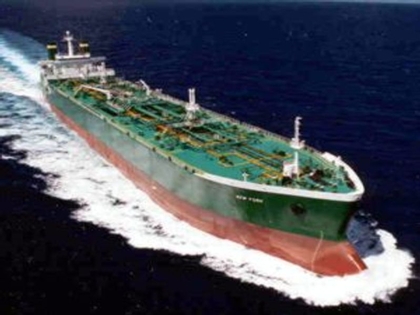 Built in 1982, by Halter Marine Inc. of Chickasaw, Alabama (hull #924) as the New York for the Amerada Hess Corporation.

The unit was later acquired by Sheridan Transportation where she retained her name.

The New York was an ITB where the tug and barge are locked together in a rigid configuration and became for all practical purposes a single unit.

Common characteristic of the most widely applied rigid ITB systems is the fairing and coordination of the hull shapes of both the tug and the barge, especially in the area where the tug mates to the barge. They are are disconnectable engine rooms. In heavy weather the tug functions the same as the stern of a ship. It pitches with the barge and heaves with it.

Because the ITB tug is built to a depth to match the companion barge hull, the motions are no worse, or no better, than a ship of the same size. ITB's are designed to remain coupled in all sea states.

No ITB currently in use, has disconnected and successfully towed the companion barge. The instances where such separate operations have been attempted, there were casualties or near-casualties. One such loss was Cat-Tug lost off the Azores when it was somehow disconnected from its' barge, OXY 4102. The tug was a total loss, as the unseaworthy hull design of the tug foundered after damage in heavy seas. During the attempted delivery of a lone Cat-Tug, the vessel pitched so badly and poled offshore, that the tug was forced to turn back and the barge was brought to it from another shipyard.

ITB's were never designed to operate as separate units and were truly conceived as "rule beaters." There where instances of ITB's unable to be disconnected before drydocking, as long unused and seized connecting devices made separation difficult.

Over time, the ITB fell into disfavor as the cost to build these units spiralled to numbers which were in excess of an equivalent ship. The issue of NAVIC-2-81, by the United States Coast Guard, also closed many loopholes in regulations which the ITB was supposed to take advantage of. Thus, no ITB has been built since the early 1980's.

The New York has since been scrapped.

She was powered by two Enterprise DMRV 16-4 TransAmerica DLava Medium Speed Diesel engines for a rated 9,100 horsepower (per shaft) for a total rating of 18,200 horsepower. 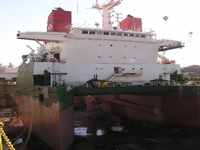 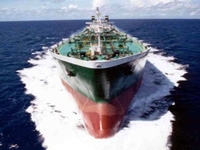 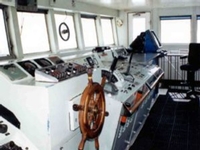 
Back to U.S. SHIPPING CORPORATION