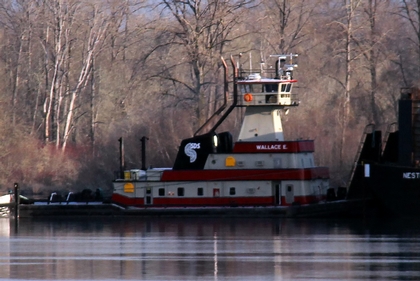 Founded in 1946, at the end of World War II, brothers Wally and Bruce M. Stevenson. Who both returned from serving in the United States Navy as Lieutenant Commanders.

The brothers forged a partnership with Frank Daubenspeck, the long-time foreman of their father’s mill, the Broughton Lumber Company that was located in Willard, Washington. And, in January of 1946 the three men took ownership of Nordby Lumber and Box, a small bankrupt mill on the Columbia River in Bingen.

In January 1948, a fire burned the first steam-powered sawmill to the ground. Within two weeks, a Smith Brothers portable, electricity-powered speed mill was up and running. By 1949, the SDS Lumber Company had its own shop for building mill components, and full-time mechanics for repair and maintenance. This was completed under the supervision, and guidance of partner Bruce M. Stevenson. Who had taken charge of designing, and building all of the SDS Company's buildings, and sawmill machinery.

Most of SDS Lumber Company's 70,000 acres are within a 35 mile radius of the comapny's mills, in both Oregon and Washington.