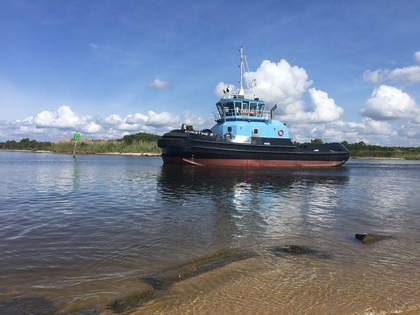 Founded in 1983, by Tony and Alex Savas of Port Canaveral, Florida. In 1984, the company was awarded a contract with the United Stated Navy. And, the company added submarine fendering to their fledgling tug fleet of two older conventional tugs.

The tugs were painted an Argean blue, and feature the Greek letter pi on the vessel’s stack. In recognition of the Greek origins of Tony and Alex Savas.

In 2018, Petchem Tugs Incorporated was acquired by the E.N. Bisso and Son Company of Metairie, Louisiana.