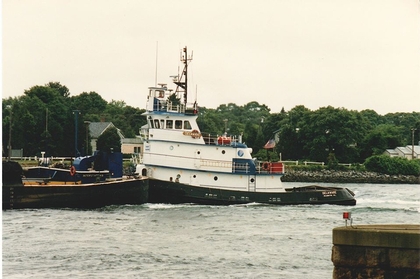 Established in 1981, when the Interstate Oil Transportation Company of Philadelphia, Pennsylvania was acquired by the Southern National Resources Company of Birmingham, Alabama.

The new company was branded as the SONAT Marine Company Incorporated of Birmingham, Alabama.

In 1987, a group of managers from the SONAT Marine Company. Offered to form a partnership to raise the funds necessary to acquire the company. These eleven partners included individuals who had worked for predecessor of SONAT Marine, the Interstate Oil Transportation Company since the 1950's.

In 1987, the SONAT Marine Company was acquired by the the Maritrans Operating Partnership Incorporated of Tampa, Florida.
(Captain Eric Takakjian)