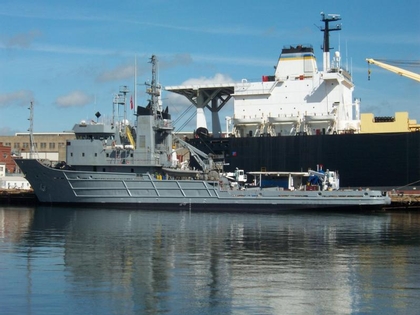 Built in 1976, by the Marinette Marine Corporation of Marinette, Wisconsin (hull #166) as the ATF 166 (Powhatan) for the United States Navy.