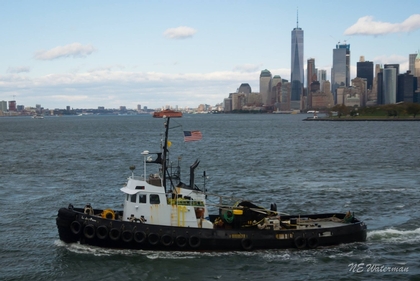 Built in 1967, by Mangone Shipbuilding of Houston, Texas (hull #82) as the Jupiter for Crowley Marine Services Incorporated of San Francisco, California.

She was the second Jupiter class tug constructed for Crowley Marine Services Incoprorated by the Mangone Shipbuilding Company.

In 2005, the tug was acquired by Block One Marine Incorporated of Belle Chasse, Louisiana. Where the she was renamed as the La Jean Pierre.

In 2015, she was acquired Offshore Marine Incorporated of Buzzards Bay, Massachusetts. Where the tug retained her name.

Her electrical service is provided by two, Caterpillar D-330 generators. The tug's capacities are 45,000 gallons of fuel oil, 2,300 gallons of potable water, and 1,100 gallons of lube oil. 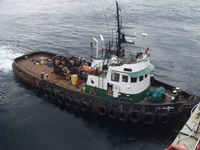