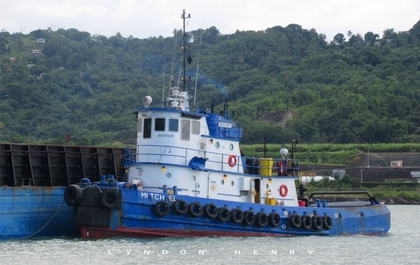 Built in 1965, by the Equitable Equipment Company of Madisonville, Louisiana (hull #1388) as the Catano for the Puerto Rico Lighterage Company of San Juan, Puerto Rico.

In 2007, the tug was acquired by American Tugs Incorporated of San Juan, Puerto Rico. Where she was renamed as the Mitchel.

Rebuilt in 2009, the tug is powered by two, twelve cylinder, Caterpillar D-398 diesel engines. With reduction gears, at a ratio of 5.31.1. Turning two, bronze, fixed pitch propellers. She is a twin screw tug, rated at 1,530 horsepower.