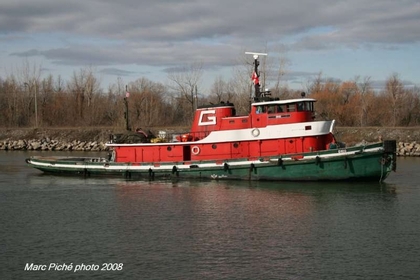 Built in 1903, by the Ship Owners Dry Dock Company of Chicago, Illinois as the M.F.D.S No. 15 for the City of Milwaukee Fire Department of Milwaukee, Wisconsin.

In 1952, the vessel was acquired by the Great Lakes Towing Company of Cleveland, Ohio. Where she was renamed as the Laurence C. Turner.

In 1953, she was converted to a towing vessel, and converted to diesel propulsion. With a Cleveland 16-278A diesel engine.

In 1972, the Great Lakes Towing Company renamed the tug as the Ohio.

In 2018, the tug was donated to the National Museum of the Great Lakes in Toledo, Ohio as a museum piece.