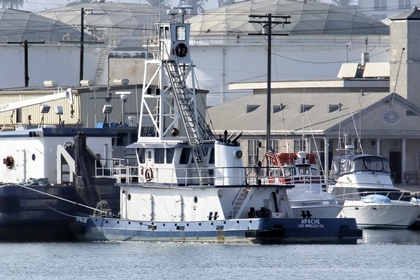 Pictured as: the Apache (Maxum Petroleum) Photo by: Kyle Stubbs

In 1989, the tug was acquired by Pacific Gulf Marine of Gretna, Lousiana. Where she was renamed as the American Sparrow.

Under the ownership of Pacific Gulf Marine, the tug served as one of two bargehandling tugs carried aboard the Lighter Aboard Ship (LASH) vessel American Kestrel.