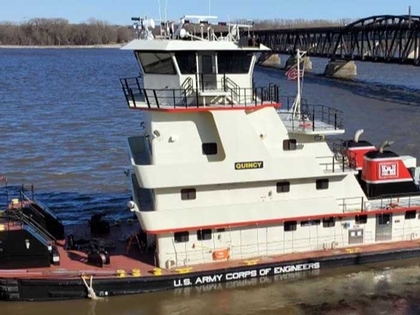 Built in 2008, by Orange Shipbuilding of Orange, Texas (hull #370) as the Gordon M. Stevens for U.S. Army Corps of Engineers.