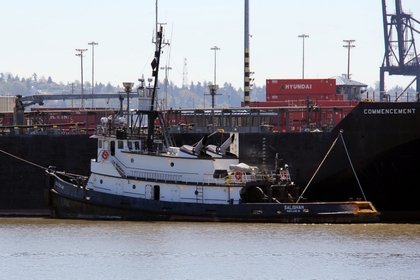 Built in 1973, by the American Gulf Shipbuilding Corporation of Larose, Louisiana (hull #5) as the Taroze Vizier for Vizier Offshore Towing Incorporated of Galliano, Louisiana.

In 1988, the tug was acquired by the Sause Brothers Ocean Towing Company of Portland, Oregon. Where she was renamed as the Salishan.

In 2021, she was "bareboat" chartered by the Tradewinds Towing Company of New Orleans, Louisiana. Where the tug retained her name.


Back to FOURNIER TUGS LLC.