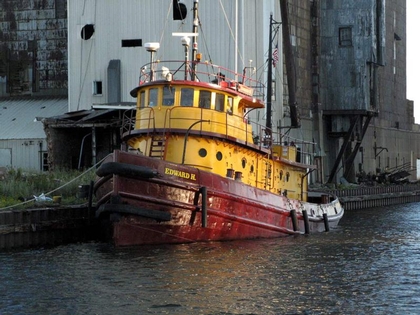 Built in 1944, by Equitable Equipment of Madisonville, Louisiana (hull #ST 707) as the ST 707 for the United States Army.

The tug was later transferred to the U.S. Army Corps of Engineers where she was renamed as the Forney .

She was later acquired by Michael E. Ojard where she was renamed as Edward H.

She is a single screw tug rated at 700 horsepower.
(Paul Strubeck)