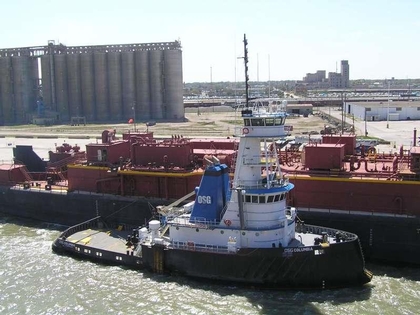 Built in 1981, by Main Iron Works Incorporated of Houma, Louisiana (hull #359) as the Columbia for the Interstate Oil Transportation Company of Philadelphia, Pennsylvania.

In 2006, the Maritans Operating Partnership was acquired by Overseas Shipholding Group of New York, New York. Where the tug was renamed the OSG Columbia.

Outfitted with a Bludworth coupler system. Her electrical service is provided by two, 125kW generator sets. The tug's capacities are 117,292 gallons of fuel.
(Captain Eric Takakjian)