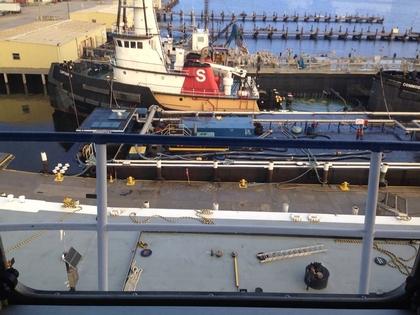 Built in 1971, by Main Iron Works Incorporated of Houma, Louisiana (hull #248) as the Seafarer for the Interstate Oil Transportation Company of Philadelphia, Pennsylvania.

In 2006, the Maritrans Operating Partnership was acquired by Overseas Shipholding Group of New York, New York. Where the tug was renamed as the OSG Seafarer.

In 2011, the tug was acquired by the Xtreme Group Corporation of Lagos, Nigeria. Where the tug was renamed as the Captain S.