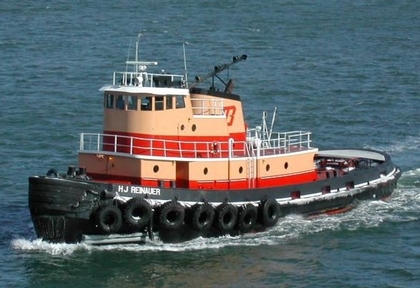 Built in 1979, by Jakobson Shipyard Incorporated of Oyster Bay, New York (hull # 461) as the Rowe for the Boston Towboat Company of Boston, Massachusetts.

In 2021, she was placed out of active service and was "laid up" at Boston Towing and Transportation's yard in East Boston, Massachusetts.

In 2022, the tug was acquired by an undisclosed foreign interest.


Back to BOSTON TOWBOAT COMPANY INCORPORATED