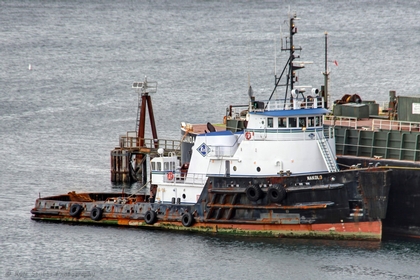 Pictured as the Nakolo (Kirby Corporation) Photo by: Kyle Stubbs

In 1984, the tug was acquired by International Marine Incorporated of New Orleans, Louisiana. Where she was renamed as the Sandy.

In 1992, she was acquired by Crowley Marine Services Incorporated of San Francisco, California. Where she was renamed as the Ocean Victory.

In 1992, Crowley Marine Services Incorporated renamed the tug as the Sea Valor.

In 2016, the tug was phased out of active service. And was "laid up" at Lake Union in Seattle, Washington.

Her electrical service was provided by two, 99kW generator sets. The tug's capacities were 134,199 gallons of fuel.
(Kyle Stubbs) 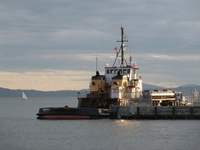 Pictured as: the Nakolo (Kirby Corporation) Photo by: Kyle Stubbs