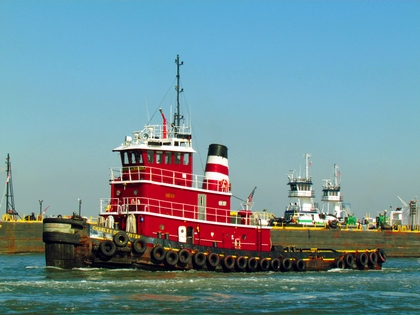 Built in 1967, by Jacksonville Shipyard Incorporated of Jacksonville, Florida (hull #646) as the Esso Garden State for the Esso Shipping Company of Wilmington Delaware.

In 1973, the Exxon Shipping Company renamed the tug as the Exxon Garden State.

In 1993, in the wake of the Exxon Valdez incident. The Exxon Shipping Company was rebranded as the SeaRiver Maritime Company of Houston, Texas. Where the tug was renamed as the S/R Bayou State.

In 2003, the tug was acquired by the McAllister Towing and Transportation Company of New York, New York. Where she was renamed as the Charles D. McAllister.

Powered by two, Caterpillar 12-D398 turbo diesel engines. With Lufkin reduction gears, at a ratio of 7.14:1. She is a twin screw tug, fitted kort nozzles and flanking rudders. Rated at 1,800 horsepower.

The tug's capacities are 26,670 gallons of fuel oil, 628 gallons of Lube Oil and 3,480 gallons of potable water. She is also outfitted with two fire monitors rated at 1,500 Gallons Per Minute.
(Robert Silva, Auke Visser) 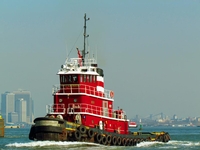