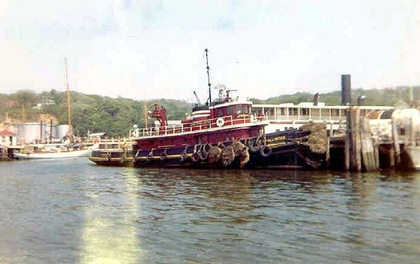 In 1964, the tug was acquired by Mexican interests. Her current, and or, final disposition is unknown. She was powered by a single diesel engine, turning a single, fixed pitch, propeller. For a rated 1,000 horsepower.
(NavSource Online)