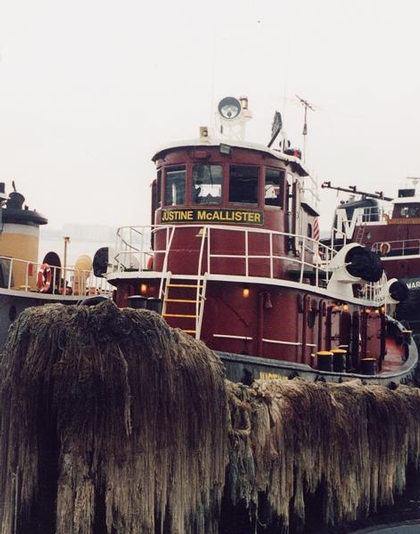 Built in 1951, by Gulfport Shipbuilding of Port Arthur, Texas as the Esso Tug No. 10 for the Esso Shipping Company of Wilmington, Delaware.

In 1955, the Esso Shipping Company renamed the tug as the Esso Maine.

In 1968, she was acquired by the McAllister Brothers Towing Company of New York, New York. Where she was renamed as the Justine McAllister.

In 2004, McAllister Towing and Transportation Company donated the tug to the State University of New York's Maritime College at Fort Schuyler. Where she was renamed as the The Privateer.

The intention was to utilize her as a training tug. However the program eventually stalled, and tug was scrapped.

She was powered by a single, twelve cylinder, GM Cleveland diesel engine. The tug was a single screw, rated at 1,800 horsepower. 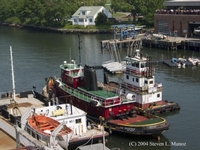