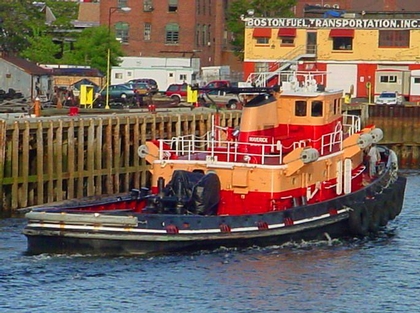 Pictured as: the Maverick (Boston Towing) Photo by: Birk Thomas

Built in 1968, by Southern Shipbuilding Incorporated of Slidell, Louisiana (hull # YTB 801) as the YTB-801 (Palatka) for the United States Navy.

It is unknown when she was placed out of service. She was struck from the Naval Register on April 4th, 1995. And the tug was transferred to the by the Defense Reutilization and Marketing Service (DRMS).

In 2011, she was acquired by Runner Marine Limited, a division of Capital Oil and Gas Industries limited of Lagos, Nigeria. Where the tug was renamed as the Alfa.

She was powered by a single, EMD 12-646-E2 diesel engine. With a Lufkin reduction gear, at a ratio of 6:1. Turning a single, stainless steel, fixed pitch propeller. She was a single screw tug, rated 2,200 horsepower. 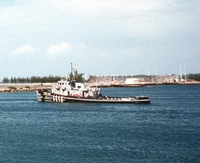