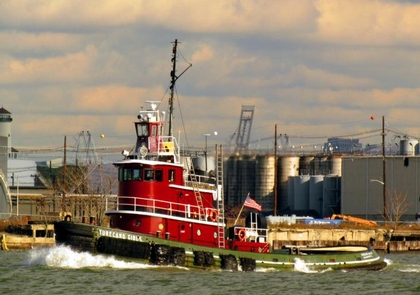 In 1966, the tug was acquired by the Turecamo Coastal and Harbor Towing Corporation of New York, New York. Where she was renamed as the Turecamo Girls.

Her electrical service is provided by two 30kW generator sets. The tug's capacities are 39,890 gallons of fuel.
(Captain Eric Takakjian)


Back to DIAMOND MANUFACTURING COMPANY