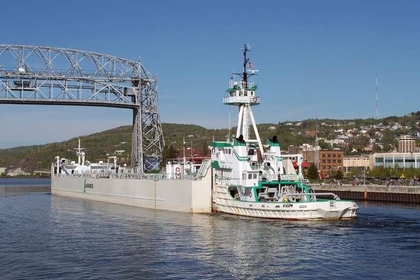 In 1981, a fire destroyed most of the superstructure, pilothouse and upper machinery spaces. The vessel hull was laid up for several years.

In 1990, the tug was acquired by Robert Torres of River Marine Contractors Incorporated. Where the tug was renamed as the Robert L. Torres.

In 1993, she was acquired by the Jacklyn Shipping Company of Tampa, Florida. Where the tug was renamed as the Jacklyn M.

In 1996, the tug was acquired by LaFarge North America Incorporated of Chicago, Illinois. Where the tug retained her name.

In 2002, LaFarge North America Incorporated renamed the tug as the G.L. Ostrander. However, manning and operation of the vessel was contracted to Andire Incorporated of of Muskegon, Michigan.

The tug was outfitted with a Bludworth coupler system, and repwoered. Her with Caterpillar 3608 diesel engines where removed. And two EMD 645 E7B 20 cylinder diesel engines, where installed. With Reintjis RM-WGV-681 reduction gears, turning via 36(in) 4 3/16(in) by 14.5(in) shafts, two stainless steel, four bladed 140(in) variable pitch, propellers. For a rated 7,200 horsepower. 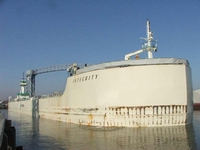 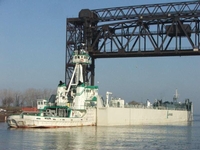 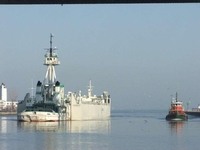 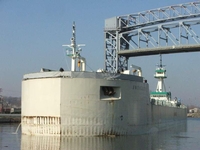 
Back to LAFARGE NORTH AMERICA INCORPORATED