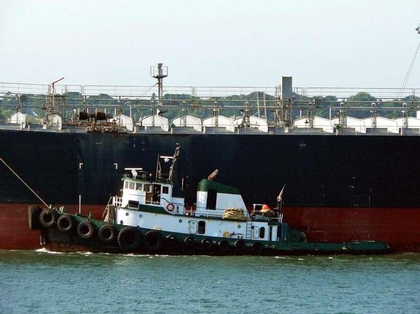 Built in 1953, by National Steel and Shipbuilding Company of San Diego, California (hull #222) as the LT-2075 for the United States Army.

In 1992, the tug was acquired by the American Navigation Company of San Francisco, California. Where she was renamed as the Marauder.

In 1994, the American Navigation Company renamed the tug as the Marine Exporter.

In 2010, she was acquired by the Krause Marine Towing Corporation of Perry Hall, Maryland. Where she was renamed as the David M. Krause.

Her electrical service is provided by two, 60kW generator sets. Driven by two, Detroit Diesel 453 Diesel engines. The tug's capacities are 35,000 gallons of fuel, 400 gallons of lube oil, and 3,250 gallons of water.

The towing equipment consists of a single drum, hydraulically driven towing winch. Outfitted with approximately 2000(ft) of 2(in) towing wire. 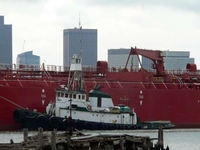