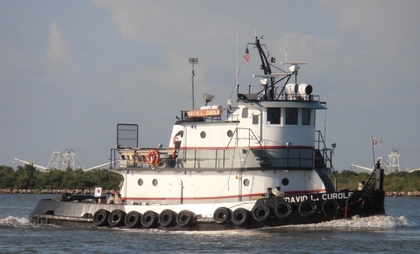 Built in 1978, by Rayco Ship and Repair of Bourg, Louisiana (hull #62) as the Creole Lisa for Hollywood Marine Incorporated of Houston, Texas.

In 2008, the tug acquired by the Crosby Marine Transportation Company of Golden Meadow, Louisiana. Where she was renamed as the David L. Curole.

In 2020, she was phased out of active service and she was "laid up" at Houma, Louisiana.


Back to HOLLYWOOD MARINE INCORPORATED