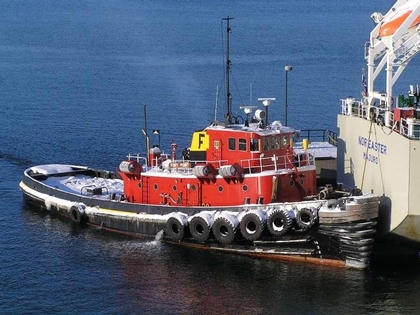 Built in 1970, by Peterson Builders Incorporated of Sturgeon Bay, Wisconsin (hull #YTB 809) as the YTB-809 (Agawam) for the United States Navy.

A Natick class district large harbor tug. Her keel was laid down on August 24th, 1970. The tug was launched on April 10th, 1971. And she was delivered to the United Stated Navy on July 28th, 1971. Where the tug was allocated to the 5th Naval District at Norfolk, Virginia.

It is unknown when she was placed out of service. On November 13th, 2002, she was transferred to Defense Reutilization and Marketing Service (DRMS) for reuse and or conversion.

In 2002, the tug was acquired by Maineport Towboats Incorporated of Belfast, Maine. Where she was renamed as the Fort Point.

In 2005, Maineport Towboats Incorporated was acquired by Captain Arthur Fournier of the Fournier Towing and Ship Service Incorporated Belfast, Maine. Where the tug retained her name.

In 2017, the tug was acquired by Heritage Marine Incorporated of Knife River, Minnesota. Where she was renamed as the Edward H.

The tug is also oufitted with a stern thruster, powered by a single, Detroit Diesel 12-V92TA diesel engine. Turning a 55(in) by 55(in), fixed pitch, stainless steel propeller, rated at 720 horsepower. 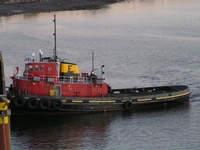 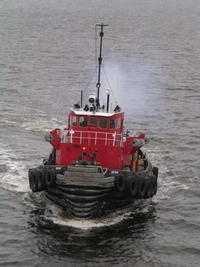