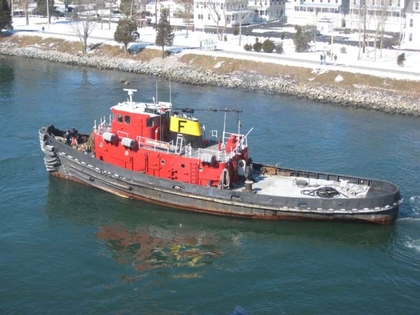 Built in 1967, by the Marinette Marine Corporation of Marinette, Wisconsin (hull # YTB 790) as the YTB-790 (Menominee) for the United States Navy.

In 1971, the tug was reassigned to Naval Station Mayport, Florida. The date she was placed out of service is unknown. The tug was struck from the Naval Register on September 4th, 1998. And, disposed of by the Defense Reutilization and Marketing Service (DRMS) for reuse and or conversion, on September 27th, 2000.

In 2000, the tug was acquired by Lake Towing Incorporated of Cleveland, Ohio. Where she was renamed as the Menominee. However, the tug was later abandoned.

In 2007, she was acquired by Captain Arthur Fournier of the Fournier Towing and Ship Service Incorporated of Belfast, Maine. Where the tug was renamed as the Capt. Bill.

In 2011, the tug was acquired by Ocean Cay Aragonite of Boca Raton, Florida. Where she was renamed as the Billy F.

In 2013, she went out of documentation. Her current, and or final disposition is unknown. 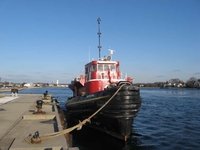